A Growing Demand for Healthcare

A change in demographics seems to be a key element in this financial turnaround. Brazil has an aging population, increasing the need for healthcare. There are cities that have expanded their population to the point where they would now be able to contribute more to the growth of the economy. These citizens are making more money, increasing their purchasing power and demand for better healthcare services. As it turns out, the public is willing to pay for it.

According to McKinsey & Company, “midsized cities (20,000 to 500,000 people) will be responsible for more than 50 percent of total consumption growth in Brazil.” About fifty percent of citizens living in these cities say they are willing to spend more on healthcare. This will increase the demand for a pharmaceutical market… and one that will last.

In the past, Brazil’s infrastructure was poorly designed and was infested with bureaucratic control. It has since made improvements, especially to Rio de Janeiro International Airport, which has tripled its cold-storage capacity, making it easier for the country to store pharmaceutical products with proper insulation.

In addition, it has been recognized by the International Air Transport Association and was awarded their Center of Excellence for Independent Validators (CEIV) Pharma certificate. It has proven to be a good investment for Brazil, as temperature-controlled pharmaceuticals make up about a quarter of the cargo’s revenue.

FedEx, DHL, and UPS have also expanded their services in Brazil and now have the capability to transport temperature-controlled drugs and medicines. According to Pharma Logistics IQ, Brazil has acquired about 300 trucks that will cover the Rio de Janeiro region as well as the state of Goias and its surrounding areas.

A Wealth of Opportunities

Another reason Brazil is predicted to move up in the pharmaceutical world is the growth of opportunities. Many pharmaceutical companies see the expansion of the market because of the availabilities of active ingredients that have been brought into the nation. Brazil has been relying on imports from other countries, like the United States, who provide them with raw materials. This is because of a partnership with the World Health Organization and the United States Department of Health.

The Butantan Institute in Brazil partnered with these organizations to produce the Zika vaccine. In 2015, the virus-carried by mosquitos-ravaged Brazil, causing birth defects in newborns. The institute was granted this opportunity in 2016 because of the production of new biopharmaceuticals. This is a huge accomplishment for Brazil, as it will be able to protect its citizens as well as any visitors from the potentially fatal disease. According to Jorge Kalil, director of Butantan, this break will allow the institute to “contribut[e] to the advancement of scientific research in the country.” However, the after-effects of the economic crisis are still an issue to not only Brazil but to its pharmaceutical market as well.

With big responsibilities can come big problems and Brazil is no exception. Every year the Agência Nacional de Vigilância Sanitária (ANVISA) sets a maximum price increase that drug makers must follow. According to Pharma Logistics IQ, 90% of active ingredients are imported to Brazil, and the country’s tax code is very restrictive. Thanks to these two factors combined, drugs become very expensive to manufacture in Brazil.

Edwin Dominguez, a GlobalVision sales representative who does business in Brazil, shares the same sentiment. He says that imports have become increasingly expensive.

“It is a very protective market for goods coming from anywhere outside of the Mercosur trade bloc [whose members include Argentina, Brazil, Paraguay, and Uruguay], which makes raw material an expensive part of the final product for the consumer, “ he says.

This, in turn, slows down the production of its drug-making process. Although the government has implemented initiatives to promote local drug production in Brazil, it remains to be seen if the country will be able to overcome this financial hurdle.

“Political climate on Brazil is very unstable right now,” says Dominguez. He feels that the damage has already been done and “corruption cases are overwhelming in Brazil.”

The scandalous and corrupt government led by President Michel Temer, who was charged in June 2017 with accepting bribes, has made it difficult for the pharmaceutical industry to make headway in Brazil. This, combined with already tough economic times, has proven to be a challenge for Brazil.

Brazilians will go to the polls in October 2018 and it is unknown how this will affect the pharmaceutical industry. There are so many opportunities for Brazil, but the past might hold the market back.

Predictions surrounding Brazil’s pharmaceutical market are logically optimistic, pending certain factors of course. However, these are numbers that can change at any time because of the notoriously unstable environment in question.

The country has come far regarding biopharmaceutical advancement and infrastructure, something that most Brazilians would have never thought was possible. They have been given a chance to help their aging population and those who have been affected by deadly diseases. Now that small to mid-sized cities are contributing to consumer growth, there is an increase in demand for healthcare. It appears that the South American giant has a lot of potential, but can it move forward beyond the past that haunts it?

With the constant increase in manufacturing prices for drug makers combined with the political pitfalls, there is no telling what the future of Brazil’s pharmaceutical market will look like. If it can overcome the financial and political adversity, nothing stands in the nation’s way of becoming the next capital of the pharmaceutical market. 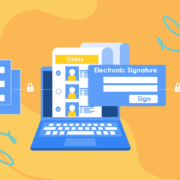 The Undeniable Need for Digital Proofing in Regulatory Affairs 10 Ways to Improve Your Barcodes

The Era of Electronic Signatures Has Arrived
Scroll to top