A name on a dotted line may technically hold just as much legal weight as ever, but in the era of electronic signatures a contract can be enforced without a pen ever touching paper.

What Are Electronic Signatures?

They’re each arguably more convenient than their physical counterparts (based on the ability to sign documents remotely), while the environmental benefits are obvious. Reducing the reliance on paper records to the point that they may become obsolete obviously reduces the carbon footprint of companies making the switch.

Overhead costs drop as a result too, making electronic signatures cost-effective in addition to simply being the next stop at which an increasing number of businesses are getting off. It may be time to join in or risk watching the world pass you by from out the passenger window.

So, why are electronic signatures all the rage and digital ones aren’t? Based on the Uniform Electronic Transactions Act and Electronic Signatures in Global and National Commerce Act the two are equal in terms of legal significance. Remember, individual businesses can always go the extra mile and require digital signatures and they’d still be considered electronic as well. They don’t have to, though. In other words, why run a marathon when everyone just cares about the 100m dash?

Look at it this way: What makes a physical copy of a contract so secure? “Secure” in that context usually implies it’s safely under lock and key in a file cabinet somewhere. That doesn’t make documents invincible by any stretch. Pieces of paper can easily fall victim to random acts of God or crime… or a simple accidental rip.

In fact, it just seems second nature to back up a contract by scanning it in and keeping a digital copy. And how far removed is that from embracing e-signatures, really? Pretty far, in the sense that a document with a digital signature becomes effectively tamper-proof. In terms of record-keeping, administrators are given greater control through the use of electronic signatures, which also lead to enhanced traceability via an audit trail, for example.

If the authenticity of a physical signature ever comes into question, there is only so much you can do to prove it’s real. You can go much deeper with digital signatures, which can provide a data trail directly inside.

In a data-driven society, electronic signatures aren’t just a fad, but instead, represent a single example of an ongoing societal trend of improving on set standards. They’re also setting new ones. 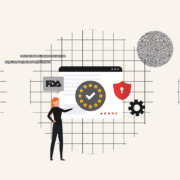 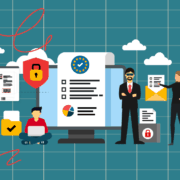