It isn’t as simple of an answer as you might think: What’s the difference between Text and Graphics Inspection, two of the most-used apps in the GlobalVision quality-control platform?

Aside from the obvious, i.e., their functionalities? Well, they’re used at different steps of the quality-control process. It’s what leads to Quality by Design, a concept popularized within the pharmaceutical industry, among others, that dictates thorough testing of a product at the end of the line does little to guarantee its overall quality. The trick is in ensuring quality at each stage.

Back to the original question, you would use Text to inspect exactly that and Graphics to inspect artwork. However, considering Graphics can detect missing characters as well, the lines get blurred between the two somewhat.

Add in Spelling Inspection, which also inspects text, albeit in a different fashion, and things get dicier. Barcode and Braille Inspection meanwhile make the software that much more versatile, but potentially more overwhelming as well. We’re here to help you make sense of it all.

It’s fair to say that Text Inspection is to be used when comparing two documents with live copy.  And, while Graphics performs a pixel-by-pixel comparison of two artwork files, it can successfully detect text differences in specific areas of two similar files.

For example, when comparing an approved PDF file of a carton of medication to a proof, it would detect a missing hyphen between a “2” and a “3” under dosage. Meaning, instead of 2-3 caplets, the consumer would thankfully be spared from reading instructions to take 23 every few hours.

However, Graphics Inspection doesn’t see issues with the font or formatting. It just sees arrays of pixels. The module can detect that missing hyphen because the two files being compared are very similar in layout. The second you try and compare text in a Microsoft® Word® document to the exact same text laid out in a PDF is the second you’ll realize why Text Inspection is necessary.

As soon as the font or font size changes, as soon as text gets rearranged, Graphics will no longer recognize the two documents as being similar. An inspection can still theoretically be run, but the result will be more recognizable to a Christmas tree than any of the two documents being compared based on how much it’s lit up with flashing differences. The copy may be exactly the same, right down to every comma, but it won’t matter.

That’s why the tools are available as separate modules within the same program. They have different functions, but are meant to be used together… as complements to one another. The simplest way to describe the process would be the following: Check the quality of a given file with the tool that corresponds to the step at which you are.

So, for example, if you’re in the marketing department and developing the text component, use Text (and Spelling, which should actually be used at every step that copy is altered). If you’re coming up with artwork as a member of the graphics or creative department, use Graphics.

Braille, created separately by a specialist, is usually inserted at this stage too. A for-position-only barcode is meanwhile inserted as a placeholder as well. The printer can be responsible for placing the real one immediately prior to printing. As a result, it’s critical that the barcode be inspected prior to that point of no return (along with the entire file).

The ability to inspect the same file(s) with each mode simultaneously comes in handy both here and when comparing the final print to the approved PDF. You may not be responsible for a specific step in the creation process, but you may still be in charge. Running a batch inspection lets a quality manager find out at which specific step of the process there was a hiccup.

If everyone inspects the file at the point they should, there shouldn’t be any at all. However, it’s just one more precaution to take to prevent issues much more serious than a mere hiccup from being discovered later on, potentially in the hands of a customer as a worst-case scenario.

Quality by Design, as it pertains to quality control, essentially argues to ensure with 100% certainty that the quality is there after you’ve completed your step of the process. Put another way, it argues not to move it along to the next person if you can’t. That’s something everyone should be able to get behind and where the real logic should come into play.

Register for one of our weekly demos or request a personalized demo today to find out more about how automated quality control can streamline your packaging process. 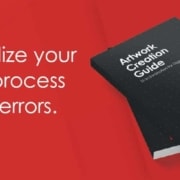